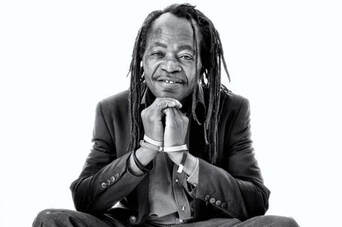 It is not possible to think or imagine contemporary Zimbabwean art without Tapfuma Gutsa. Arguably Tapfuma Gutsa is Zimbabwe’s first contemporary artist. Having begun training in stone sculpture at an early age, Gutsa managed to side-step the paternalistic tendencies of the Frank McEwan’s ambitions for stone sculpture and became the first recipient of a British Council award to Zimbabwe to study at the London School of Art, England (1982-1985) and was awarded a Diploma in sculpture. So began a prolific career of someone driven by the spirit of independence, experimentation and deep respect for tradition. Over the decades, Gutsa has worked with a broad spectrum of materials from stone to ceramics, wood and weaving, with a deep insight for spiritual and narrative qualities of his chosen materials, a sensitivity that has been inherited by the younger generations of artists from sculptors such as Terrence Musekiwa, Moffat Takadiwa and Takunda Regis Billiat, to even painters like Wycliffe Mundopa. Gutsa’s career is international and expansive and predates the current international fashion for African contemporary art. His work was included in the 1990 Contemporary African Art Exhibition at the Studio Museum Harlem, Dakar Biennale 2004 and the Victoria & Albert Museums breakthrough exhibition Uncomfortable Truths: The Shadow of Slave Trading on Contemporary Art'  in 2007 as well as numerous institutional and gallery exhibition. He has served as Deputy Director of the National Gallery of Zimbabwe and in 2011, became one of the representatives in Zimbabwe’s seminal, first pavillion at the Venice Biennale. 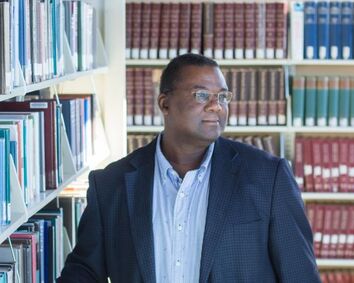 ​He is an artist writer, scholar and international curator. His writing explores the intersection of cultural politics, art and social change. He has been awarded fellowships and grants by the Andy Warhol Foundation, the Whiting Foundation, National Endowment for the Humanities, the Kindling Fund, The Davis Family Foundation, the Ruth Landes Award from the Reed Foundation, and most recently Dorathea and Leo Rabkin Foundation for his ethnographic writing about art and cultural engagement. Some of his recent curatorial projects includes Art2019 Harlow Gallery (Maine, 2019),  Re.Past: Remembering Malaga (Maine, 2018) , Print Protest Poster (Able Baker Gallery, 2018),  Seeing Lewiston (2013), Patience on a Monument: Recent work by Eto Otitigbe (UT, Austin 2016), Raw Material, Dakar’rt (Dakar 2014) The Ghetto Biennale (Haiti, 2009), CAAR Paris (France 2010).  His writing has appeared in many academic journals including Liminalities: The Journal of Performance Studies, The Journal of Poverty, Text and Performance Quarterly, Museum & Social Issues, The Journal of Curatorial Studies and Performance Research. 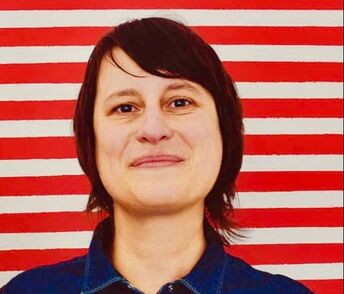 Maja Maljevic, born in Belgrade in 1973 in what was then Yugoslavia.

​Maja was a 'high school' student when the war broke out, which saw the break-up of Yugoslavia into several new states, and her home Belgrade became the capital of Serbia. A student activist, Maja continued studying fine arts majoring in painting, while joining student protests in 1996-97, obtaining a degree and then a Masters in Painting at the University of Arts in Belgrade. With Serbia facing uncertain future after NATO troops bombed Serbia in 1999, Maja made the decision to join her brother, who had moved to South Africa in 1992 to avoid being conscripted to fight in the civil war. Since arriving in South Africa in 2000, Maja has focused intensely on her practice as an artist, exhibiting locally and internationally, with 16 solo exhibitions and over 50 group exhibitions across Europe, The United States of America and Africa. As a painter, she is interested in expressing a visual language made up of abstract elements and principles that converse with each other but do not construct a narrative through symbolism or analogy. It is a language of primary, bold, colourful, layered and dense imageries assembled on the canvas without prior negotiation. The composition evolves as each part is painted. The painting becomes itself. 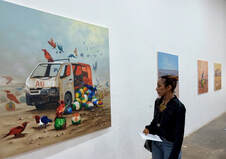 Afriart Gallery (Uganda)
A leading contemporary art gallery situated in Kampala Uganda. It is our commitment to create an environment where professional artists can thrive in their work and their career in the arts and to establish a place where gallerists, curators, collectors, writers, designers and architects, will find high-quality, fresh and progressive ideas in art. We achieve this by carefully selecting our artists, encouraging their input and supporting their interaction to ensure a better experience while at Afriart Gallery. We continuously create and implement new projects to interact with the greater community of Kampala through artist talks, workshops, Art commissions, group & solo shows, internships and visiting artist programs. 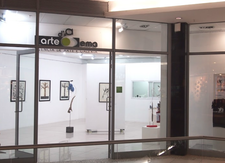 Arte De Gema (Mozambique)
Founded in 2016 in Maputo, Arte De Gema, operates both as a gallery and a platform which not only promotes artists and their artworks but also provides advisory and assistance to artists on procurement, production, as well as delivering workshops and cultural exchanges. One of the main goals is to challenge emerging and established artists in Maputo to explore art from a global perspective and to engage with different curatorial concepts, conceptual outlooks and artistic research as well as working towards professionalising artistic practice.

Artyrama (Nigeria)
​Founded in 2016 and based in Lagos, Nigeria, Artyrama is an art advisory and online platform, which works with the most promising emerging artists from the continent and beyond as well as a selection of established artists. Committed to growing African audiences and international for African contemporary, Artyrama works closely with collectors and peers on the continent to source, identify, support and makes accessible some of the best emerging art on the continent.

ELA - Espaço Luanda Arte (Angola)
British FOUNDER-DIRECTOR Dominick Maia-Tanner, has been living and producing various Art Projects in Angola for over nine years now. ´ELA - Espaço Luanda Arte´ is particularly interested in: pan-african collaborations between artists, curators and galleries, therefore holding intra-continental workshops and residencies; participating in key international fairs; and exploring project-based and site-specific shows, with ample space for up to three solo private and five collective residencies at any given moment, an area for round-tables, discussions and artist talks, and a very large exhibition area for solo exhibitions, duets and collective shows. 2018 markED the inauguration of Angola´s first official ´Artist-In-Residence´ (AIR) programme, based at ELA, WHICH HAS FLOURISHED INTO 2019.

Guns and Rain (South Africa)
​Founded in 2014 to address the under-representation of African artists online and on the international art scene, Guns & Rain works with emerging visual artists from 6 African countries, including South Africa, Zimbabwe, Namibia, Botswana, Mozambique and Nigeria. Having held regular events and exhibitions in Johannesburg since 2015, the gallery now has a new permanent space in Parkhurst, Johannesburg.  For those across the oceans, we offer prompt and informed advisory to help collectors find African art that they love, and we deliver it anywhere you like. For more information, visit www.gunsandrain.com 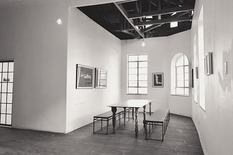 ​HAZARD Gallery (South Africa)
A contemporary art gallery founded in 2015 by Jonathan Freemantle and Daniel Liebmann in downtown Johannesburg.
Formerly occupying The Cosmopolitan Hotel in Maboneng, HAZARD is now based in Europe and under is under the sole the directorship of co-founder, Jonathan Freemantle. HAZARD is also pleased to announce THE VILLA, a new departure launched in Johannnesburg in 2018 and soon to reappear in new locations globally. HAZARD will continue it's exhibition programme in September 2019 with a solo show in Edinburgh featuring the works of Sruli Recht. 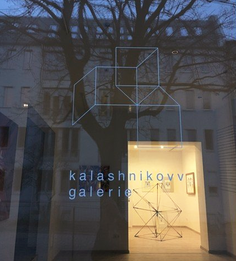 ​Kalashnikovv Gallery (South Africa)
​Established in 2013 by long term collaborators M.J Turpin and Matthew Dean Dowdle out of frustration with the current South African Contemporary Art world and by extension, the prevailing “white cube” gallery discourse. They create a hybrid space, alternating between an independent artist run initiative, project space and commercial gallery. Kalashnikovv champion the progressive alternative, the “outsider”, the artist as curator and the independent artist in all their creative guises and manifestations. Kalashnikovv exists to change perceptions around art, to move the industry forward as a whole, to be a catalyst for change and to make art accessible for all.

Omenka Gallery (Nigeria)
​Founded in 2003 in Lagos by Oliver Enwonwu, Omenka Gallery is a leading art gallery in Nigeria and Africa, representing a fine selection of established and emerging contemporary Nigerian and international artists working in diverse media and providing advisory, collection management, art finance and professional services for a broad range of clients including private collectors, auction houses and museums. With a particular focus on ensuring sustainable presence for Nigerian and African art within a larger global context, Omenka participates regularly in major international art fairs. 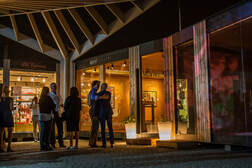 Movart Gallery (Angola)
​Starting out as an experimental itinerant exhibiting concept at the end of 2014, MOVART presented large-scale painting installations, performances, video art by contemporary African artists in a series of exhibitions throughout Luanda and internationally. Encouraging response, led to opening a permanent space in 2017 at the Marginal of Luanda. MOVART key mission is to promote the richness of the art of Africa and its diaspora to the global community and overcome under-representation in the global discourse. With a strong focus on Angolan artists at its core MOVART is committed to raising their profile internationally, exposing a global audience to the rich artistic language and agents of a little known country. The gallery also collaborates with multi-disciplinary artists from the African continent, within the Diaspora and focus on Portuguese speaking countries, whose artistic practice is concerned with the elaboration of meaning within an African socio-political context. 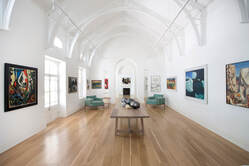 EBONY/CURATED
Established in 2007 in Franschhoek and in 2011 a second gallery was opened in Loop Street, Cape Town. The Cape Town space is dedicated to exhibiting a program of contemporary and modern African art representing a core group of emerging and established artists. These artists are either from the continent or have historic links to the greater African Diaspora. In 2017 a third gallery was opened in Franschhoek which focuses on both Contemporary Works and Masters from the continent. EBONY/CURATED has held a number of significant solo and group exhibitions and regularly participates in local and international art fairs. Gallery artists are included in notable private and public collections. 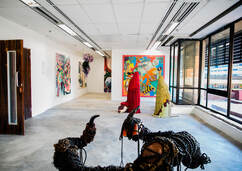 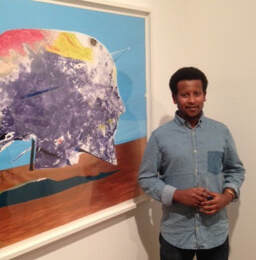 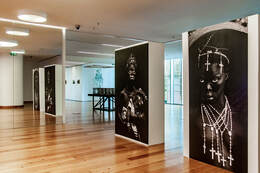 This is not a white cube (Angola)
This is Not a White Cube (TINAWC) is a contemporary art gallery based in Luanda, Angola, focusing on the representation of contemporary African and diaspora artists through its annual exhibit program and participation in international art fairs. It also develops a platform for experimentation, affirmation and launch of projects, exhibitions, artists’ commissions, artistic residency projects, archives, workshops, lectures, films, research, symposiums and publications through its non-profit project THE CUBE.